“People who want to live in a white supremacist society vote Republican. Those who don’t vote Democrat.” 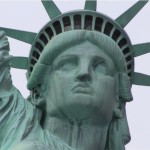 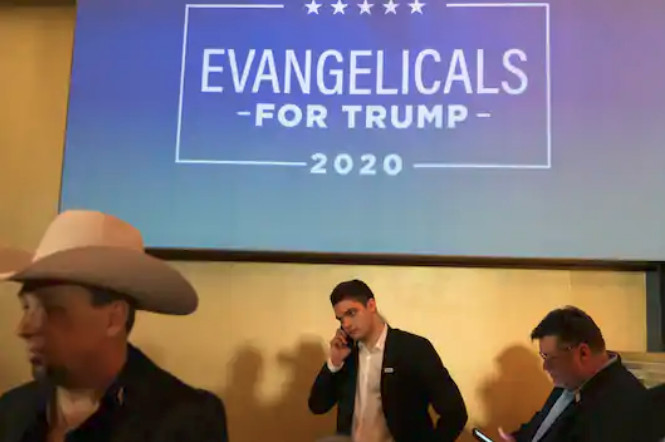 As partisans and analysts puzzle over the higher-than-expected turnout for President Trump (nearly 6 million fewer votes than for President-elect Joe Biden, but still high), they are poring over groups and subgroups: White, non-college-educated men. Suburban women. Young Black men.Follow the latest on Election 2020

But much of the Trump 2020 phenomenon can be explained by a far simpler way of looking at the electorate: There are White evangelical Christians — and there is everybody else.

White evangelicals are only 15 percent of the population, but their share of the electorate was 28 percent, according to Edison Research exit polling, and 23 percent, according to the Associated Press version. Though exit polls are imprecise, it seems clear that White evangelicals maintained the roughly 26 percent proportion of the electorate they’ve occupied since 2008, even though their proportion of the population has steadily shrunk from 21 percent in 2008.AD

This means White evangelicals turned out in mind-boggling numbers. Because they maintained their roughly 80 percent support for Republicans (76 percent and 81 percent in the two exit polls) of recent years, it also means some 40 percent of Trump voters came from a group that is only 15 percent of America.

White evangelicals have, in effect, skewed the electorate by masking the rise of a young, multiracial and largely secular voting population. The White evangelicals’ overperformance also shows, unfortunately, why the racist appeal Trump made in this campaign was effective. White evangelicals were fired up like no other group by Trump’s encouragement of white supremacy.

A Southwestern Baptist Theological Seminary graduate who now runs the Public Religion Research Institute, Robert P. Jones, argues that Trump inspired White Christians, “not despite, but through appeals to white supremacy,” attracting them not because of economics or morality, “but rather that he evoked powerful fears about the loss of White Christian dominance.”AD

The Institute’s American Values Survey from September found overwhelming majorities of White evangelical Protestants saying that police killings of African Americans were “isolated incidents,” and that Confederate flags and monuments are symbols of Southern pride rather than racism. (Smaller majorities of White mainline Protestants and Catholics felt the same way.) Majorities of White evangelicals also perceived discrimination against Christians and Whites, and rejected the idea that slavery and longtime discrimination make it difficult for Black Americans to succeed.

Such findings aren’t surprising. White evangelicals abandoned the Democratic Party after the Voting Rights Act of the 1960s. They became an active political force in the early 1970s in large part to defend the ban on interracial dating at Bob Jones University (they didn’t embrace abortion as an issue until 1979). The Republicans’ Southern strategy stoked White resentment for decades but never as overtly as Trump did. White evangelicals responded passionately: Pre-election, 90 percent said they were certain to vote, and nearly half of those voting for Trump said virtually nothing he could do would shake their approval. There was little evidence of differences among White evangelicals by gender, generation or education.

They are, as a group, dying out (median age in the late 50s), and their views are hardly recognizable to many other Americans. Majorities of White evangelical Protestants don’t see the pandemic as a critical issue (they’re less likely than others to wear masks), believe society has become too “soft and feminine,” oppose same-sex marriage, think Trump was called by God to lead and don’t believe he encouraged white supremacist groups.AD

White evangelicals have become, in essence, an offshore island, one whose inhabitants are slowly but steadily distancing themselves from the American mainland. The fading Island of White Evangelica will, eventually, lose its influence over America. In the meantime, its existence points to an unfortunate, larger reality. There is vanishingly little that Democrats (or Republicans, for that matter) can do to persuade voters to switch sides, because race, and views on race, are the most important factors determining how people vote. Add to the White evangelicals’ turnout the votes of the smaller proportions of White mainline Protestants and Catholics with high levels of racial resentment, as defined by the American Values Survey, and you’ve accounted for the bulk of Trump’s coalition.

I was startled this week when, during a conversation with a prominent figure in Democratic circles, he blurted out to me: “People who want to live in a white supremacist society vote Republican. Those who don’t vote Democrat.” That’s hyperbolic, of course. Democrats are frustrated that four years of chaos and calamity and herculean efforts and expenditures by Democrats did so little to dent Trump’s share of the vote.

But his exaggeration contains a grain of truth. Americans are deeply, and for the moment immutably, divided by whether or not they’re nostalgic for what had long been a White-dominated country. Trump’s better-than-expected showing, particularly among White evangelicals, merely shows that he turned out more of the nostalgic.AD